You are here: Home / Beer / Three Beers from Three Boys 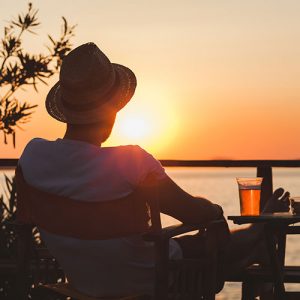 Thanks to our Guest Blogger and beer aficionado… In this week’s article Denis “the man” Cooper writes about three Three Boys beers that you can find on the shelves at Fresh Choice Nelson.

The ever-increasing drone of weekend lawnmowers signifies one thing: Summer’s acoming and it’s time for some thirst-quenching beers! Three Boys is perfect to get you sorted for such an occasion… Unfortunately, not with the lawns but definitely with the thirst-quenching beers. Three Boys is a well-established Christchurch brewery. Over thirteen years ago, Ralph Bungard had become jaded with his wine science academia and was wanting something more practical. The wine industry had already blossomed so Ralph made a wise choice, forming Three Boys Brewing, and brewing when the craft beer scene had just begun.

So, why the name Three Boys? Trade secret says Ralph, with two sons and a wife proclaiming ‘I’m the only female’, might have something to do with it.

With five styles of Three Boys on selection in the Fresh Choice Nelson flavour fridge, here’s a couple of lawn mowing beers with a couch sloucher to finish.

Three Boys Pils is a Czech-styled pilsner, but with a New Zealand twist. A tart grassiness from the NZ hops gives good bitterness and a long dry finish. No wonder it’s their best seller.

Three Boys Wheat beer pours a cloudy golden yellow sporting a good white head. It has the usual wheat coriander flavours, but lemon peel instead of orange to give it a kiwi twist. A spicy wheat tang spreads cool and quenching across the tongue and is sure to wheat your whistle.

This beer has just been awarded a silver medal at last weekend’s Guild of Brewers Awards.

Three Boys Oyster Stout is New Zealand’s most awarded beer in the history of New Zealand International Beer Awards. As it is made with Bluff oysters, the brew can only be made in the oyster season. Ralph wouldn’t let on about how many oysters he uses, but for all those home brewers out there, they are used in the boil process, not the fermentation. And as for the leftover cooked oysters? At Three Boys these are known as floysters(oysters on the floor) and are eaten as an in-house delicacy.

Unlike Goldilocks all these beers are just right, so skip on down to Fresh Choice Nelson for your thirst choice!