You are here: Home / Beer / Porter & Stout… What’s the difference? 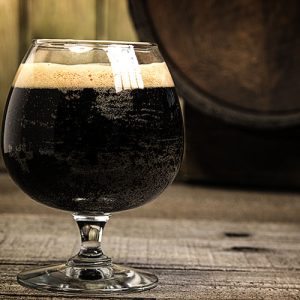 If you’ve ever wondered what the difference is between Porter and Stout, then read on. Our Guest Blogger and beer aficionado, Denis “the man” Cooper, is going to enlighten you!

According to Wikipedia, comfort food is food that provides consolation or a feeling of well-being, typically having a high sugar or carbohydrate content and associated with childhood or home cooking. Sounds like a beer to me! A porter or a stout, but what’s the difference? Trying to understand that can be a sobering subject!

Back in the day, (eighteenth-century England) a porter was the main beer style, and it was money and taxes that had influence over their development. The arrival of coal meant that brewers could brew with malt that was free of the smoky flavours and aromas that permeated barley malted in wood firedkilns. Tax on coal forced brewers to change more for these lighter, coal-fired beers, so porter made with the barley dried over straw or wood became the working man’s drink. And how to improve on the working man’s drink? Make it stronger and call it stout porter.

Modern times arrived and the two names are now used interchangeably by craft brewers when categorising their darker beers. With some craft brewers making a porter that is stronger than most stouts, yet continuing to calklit a porter. Perhaps this is just to fill their beer style portfolios!

As an example, Emerson’s Darkest Descent Imperial Porter, at first sip, (and at 10% ABV it can only be a sip), this brew reveals an amazing complexity of flavours from black coffee to white chocolate, with a little raspberry and liquorice thrown in for good measure. It all combines into a rich smoothie of total decadence and is definitely a comfort beer!

However, Epic Spark’s Imperial Stout is a mere 9% ABV, one percent less than the porter. The taste, though, is more robust. With darker, almost burnt toastier malts coming through. along with dark chocolate, marmite, oysters, dark fruits and (with Epic style) finishing on a green hop note.

Nip on down to Fresh Choice Nelson and pick up some comforting nourishment with a stout porter to escape the winter chills.