You are here: Home / Beer / Craft Brews in Nelson – Who’s the mother? 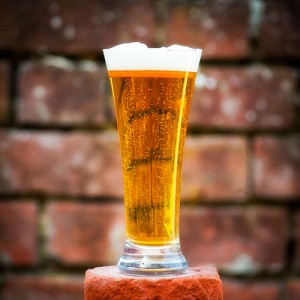 The Nelson craft brews region stretches from the Mussel Inn in Golden Bay to Founders Brewery in Atawhai, and lying deep within the bosom of this region is arguably the most successful of those craft brews, the Sprig & Fern.

Sprig & Fern’s owner and head brewer is Tracy Banner who has the responsibility for brewing and supplying a full range of beers to seven S&F taverns in the Nelson region and two in Wellington. It’s no wonder that Tracy’s craft brews are so popular. After studying biology and chemistry at school she went straight into working in a UK brewery as a lab technician, honing her skills in quality control. Realising that there must be more to life than living in England she moved to NZ to become Speights’ first female head brewer in their 140 year history. Long story short, Tracy ended up as head brewer for Macs brewery in Nelson until it was sensationally bought out by Lion Nathan, presenting the opportunity for Tracy to run her first Sprig & Fern.

What does this matriarch of malt and craft brews put her success down to? Quality and consistency, simple as that! And Sprig & Fern’s most popular brew Pilsner is the perfect example, a delight on the tongue with crisp clean floral hop notes and lingering grainy flavours just strong enough to keep you reaching for your glass.

Another seasonal is Sprig & Fern’s Harvest Pilsner. This beer is NZ’s highest awarded pilsner and has won the Brewers Guild gold medal for the last four years. I look forward with eager anticipation to trying this year’s brew; it should be in Fresh Choice Nelson soon as Travy is hand-picking the hop cones as we speak.

So hop on down to Fresh Choice Nelson and get rid of any rigor mortis with some Sprig & Fern riggers.

Thanks to our Guest Blogger, Denis beerzarre writings Cooper