You are here: Home / Denis Cooper / Eddyline Beers for any Adventure 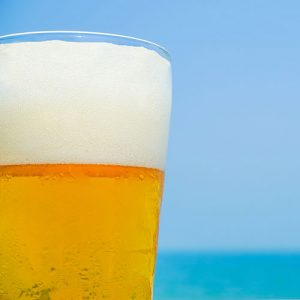 Thanks to our Guest Blogger and beer aficionado… In this week’s article Denis “the man” Cooper writes about ‘Eddyline’ beers, that you can find on the shelves at Fresh Choice Nelson.

Eddyline Brewery and Pizzeria is situated between the busy Nelson deviation and the quiet oasis of residential Richmond. It’s a great place to stop and partake of a couple of craft beer chill pills.

An eddyline separates the fast-flowing current in a river from the place where the water slows down allowing kayakers to stop, rest, and chill out… Hence the name of this brewery.

Eddyline’s owners Mic and Molly Heynekamp are originally from Colorado, USA, where the Eddyline Brewery was first established. After a campervan tour of NZ, they realised some readjustment was in order. Both keen kayakers and outdoorsy people, they quickly became smitten with the NZ way of life. They re-established themselves in Richmond where the latest Eddyline Brewery was created.

The Eddyline brews are hop focused but well-balanced beers that ride the flavour profile eddyline between over the top and not quite enough. Production of Eddyline beers has maxed out due to popularity. So a new brewery has been established in the former Pic’s Peanut Butter building. So far, all the beers are distributed in riggers. But that is all about to change with the planned manufacturing of 440ml canned six packs and 500ml canned ‘one-offs’. Both perfectly suitable for your drink bottle holder.

Here are all the Eddyline beers currently on sale at Fresh Choice Nelson.

Smells like autumn, tastes like autumn, with earthy blackcurrant hop flavours, caramel malts and a lingering grape skin finish. A great beer to get down.

Summer in the Citra IPA

Tastes of fresh orange fruits with the odd grass clipping thrown in. Very refreshing especially if the back of your neck is getting dirty and gritty.

Not an angry American, although it is slightly hazy. It has a fruity aroma and tastes of peaches and grapefruits. Soft bitterness makes this easy drinking and Eddyline’s best seller.

Go with the flow and cruise on down to Fresh Choice Nelson for some Eddyline chill pills!