You are here: Home / Beer / Easter Elixirs with The Grocer 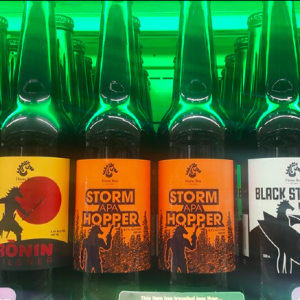 This week the Grocer’s blog post comes from our beer aficionado, Denis Cooper.

Exciting times for brewers and brew imbibers alike! Along with the done-and-dusted St Patricks Day and Marchfest; the Nelson hop harvest currently under way, and the soon-to-be-accomplished “Great Kiwi Beer Festival” in Christchurch, there is a bit of malt madness in March. And squeezed in the middle is Easter where one of the most bizarre days of the year occurs: a day where everything is shut with nothing to do, and everything on the shelves gets one day older.

If that’s not enough to wet your whistle and you’re still a bit hoarse then why not try Horsebox, Nelson’s latest brewery. Boasting two brewers who beerly cut their teeth on homebrew and took the horse by the bit, delving straight into brewing three quality beers, all sessionable but carry lot of clout:

See me @ Fresh Choice this Thursday from 3–6 pm for some exciting Easter elixir taste-teasers in the shape of stout stouts. Gallop down to the Grocer but no horsing around ’cause it ain’t open Friday!