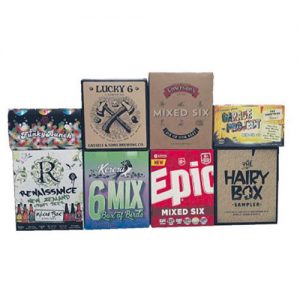 Thanks to our Guest Blogger and beer aficionado… In this week’s article Denis “the man” Cooper writes about Christmas beers that you can find on the shelves at Fresh Choice Nelson.

In this fast-paced world, it’s odd that most of us live in the same old rut. The only difference between a rut and a grave is the depth, so step up and try a mixed six beer pack to put some variety back in your life.

Here’s a sample of the sampler packs on offer at Fresh Choice Nelson to freshen your choices.

Rustle on down to Fresh Choice Nelson and bust that rut with some merry six packs!