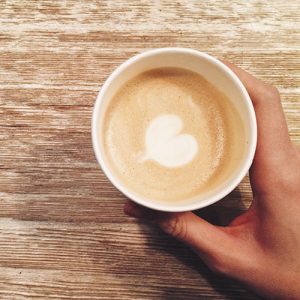 At Fresh Choice Nelson we’re proud to be a Nelson top local coffee shop. Our world-class baristas know how to make great coffee-on-the-go for shoppers, passers-by, and local espresso lovers alike. And because we ❤️ local we just added even more local flavour to your coffee, we’re now serving Sublime Coffee, considered the Cadillac of coffees, from right here in Nelson. Apart from anything else we love their Kiwi ingenuity… From small and humble beginnings in 2005, they started with a living room converted to a small business. They have designed and built their own roasting equipment from the ground up because they wanted something original that didn’t compromise on quality.

As a nation, we’re known for our coffee culture. But in an age where apparently everything is bad for you in some way, our favourite beverage often gets a bad rap… In fact, a cup of the beloved bean could enhance your well being.

Remember, your Fresh Choice Nelson local coffee shop operates a loyalty card and you can text your order to 021 064 2266. See you soon!