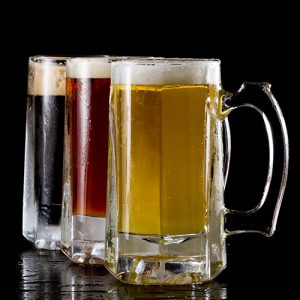 Thanks to our Guest Blogger and beer aficionado… In week’s article Denis “the man” Cooper writes about 8 Wired Beer, which you can discover on the shelves at Fresh Choice Nelson.

Back in the day (2008), Søren Erikson rented out theRenaissance Brewery in Blenheim and created 8 Wired Brewing. A few short years later, the brewery’s endeavours resulted in a whole bunch of awards (Brewers Guild Champion Brewery 2011) with tremendous international success. Erikson now has his own brewery in Auckland and rents out the down-time to other ambitious brewers. As for international success, 8 Wired is the only Southern Hemisphere brewery to be listed as one of the world’s top 100 breweries on Ratebeer.com.

Ratebeer is most subscribed to by Americans who may have questionable voting ethics, but 325 million Americans can’t all be wrong. Ratebeer lists nine 8 Wired beers in the best 25 best NZ beers, and coming in at number one is their stout, called istout. Ratebeer scores istout at 100 out of 100, and justifiably so. It exudes rich complex malts that are both bitter and sweet. At 10% ABV, istout will keep you wired.

Another 8 Wire beer that’s highly rated is their Hopwired NZ IPA (7.3% ABV). This is the beer that may well have kick-started the NZ style of IPA; it scores 99/100 on Ratebeer. Boasting big lime and lychee aromas, with flavours like passionfruit, pine and crushed grape skins, it’s backed up with a perceptible caramel malt background and finishes with a refreshing earl grey bitterness. If you could bottle NZ, this is how it would taste.

8 Wired Tall Poppy India Red Ale (7% ABV) rates in at 100 points for style. It has a raw hop and pine sap aroma. There’s something for every palate with bold piney hops, roasted pecan malts and hints of rye and cigars. Somehow it just tastes red.

For something gentler to swallow, try the 8 Wired Semiconducter Session IPA 4.4%. Sometimes you just need a thirst quencher, and this fits the bill. It tastes of strawberries and passionfruit and is nicely balanced with caramelly malts and a finish so dry you keep sipping, sipping, sipping.

Get the best rated 8 Wired beer from the best-rated supermarket, Fresh Choice Nelson!