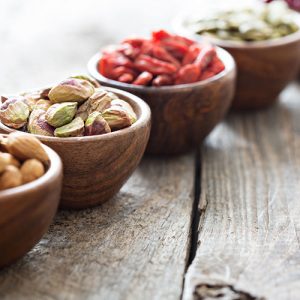 This week at Fresh Choice Nelson, we’re welcoming back Paula Saengthian-Ngam as our guest blogger (Find Paula on Facebook). With the festive season just around the corner Paula has some ideas for homemade Christmas gifts, with all the ingredients available at Fresh Choice Nelson! Take it away Paula…

With many things coming to an end for the year and Christmas upon us, the gift giving season is here. It’s nice to give something special to the people you’ve appreciated throughout the year, and sometimes homemade Christmas gifts can be the kindest gesture.

I think an Inspire Meal Bag would make a great gift, and if you really want to go to the extra mile, cook it for the lucky recipient. Inspire Meal Bags are a complete home cooked meal with all the ingredients you need and an easy to follow recipe card included. You’ll find them in the fresh produce department at Fresh Choice Nelson. There are lots to choose from, some bags feed two and some four people.

Chocolates are also a great gift, but this amazing gluten and refined sugar free vegan fudge makes is even more special. It’s nice and dense, just like fudge, but without all the sugar. It can be enjoyed by people with gluten or dairy allergies, and because it’s sweetened by banana and berries, it makes a much healthier alternative to traditional fudge. The red and green of the berries and nuts, and the spices used in the recipe give it a Christmas feel. Invest in some boxes for your homemade Christmas gifts.

Don’t forget all the ingredients for this recipe can be found at Fresh Choiuce Nelson. 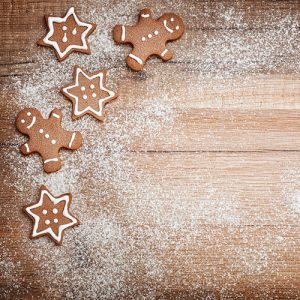 In this week’s post, local Nelson chef and guest Blogger, Grant Dicker is looking towards Christmas party food, he’s got a gingerbread recipe to share that will delight kids and adults alike! Take it away, Grant…

Christmas will soon be upon us and the season of culinary indulgence will begin. What will you be eating in terms of Christmas party food?

In Europe they’ll be hoping for snow, while we’ll be plumping for sun! Down in the Southern Hemisphere we’ve continued a lot of the Northern Hemisphere Christmas traditions, from the snow on the cards, to icicle decorations at the window. However, traditional festive food can seem somewhat unseasonal. A large roast meal followed by heavy puddings on a hot, balmy summer’s day is enough to send anybody off to snooze the afternoon away. I am sure many of you have adapted your feast to better suit our climate, perhaps cold meat, more salads, or even a complete change. Whatever you choose, don’t forget to pop into Fresh choice Nelson for your roast, barbecue, side of hot smoked salmon, or even antipasto platter goodies.

For me, there are some flavours that should always stay on the list of Christmas party food, and one of those is Gingerbread!

There’s something about the smell, perhaps it stems from my time living in the U.K., but it smells like Christmas! To me, that is what sets the scene, fresh baking aromas filling the room. You can bake this dough into shapes, or even build them into a house! 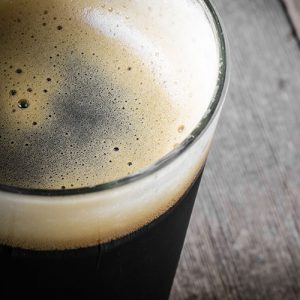 Behemoth Brewing Company is the brainchild of Andrew Childs, who quips, “We’re not just here to fornicate with arachnids. we’re here to make bigger tasting beer!” And that he does… With many of his beers winning awards. His first success was winning a home brew competition by creating the most Wellington beer possible, and since then he has progressed from that to having now made around eighty beers, all in just four and a half years.

Always trying new things, Andrew shows his cheeky side by taking a spin on political incorrectness with the names of his beers, like “Dump the Trump”, “In Ya Face” and “Impeachment”.

Billion Dollar Grapefruit IPA 7% – As expected, an aroma of (you guessed it) grapefruit. I have no idea what a billion dollars tastes like but this did indeed taste like grapefruit, with a bit of orange and other zestery pokery thrown in. Good body with a sweetish finish. Note to self… Have a taste-off between this BDG and the world famous Sculpin Grapefruit as the BDG may just be a bit better.

Tropical Mofo Fruit Salad 5.2% – Smells like pineapples, but tastes like a fruit salad with lots of bitter melon, passionfruit and pineapple pieces. If you want a go-to beer, go to this, a mofo-ing lot of flavour for only 5.2%.

Rock on down to Fresh Choice Nelson for your Behemoth Brewing Company beers! 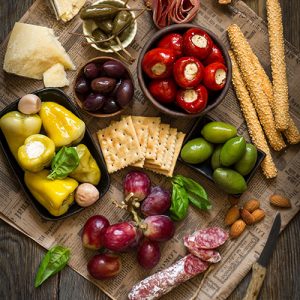 It’s time to welcome back our Guest Blogger, Maddy Bellcroft. Summer is coming and what better way to enjoy platter food, than at an end of week social with good friends? Add a dose of Nelson sunshine for the perfect evening. Here’s how Maddy does it…

I often try and plan my weekly menu so that I can shop for everything at once, there are dishes that we often have on repeat each week. I love platter food and one of my favourite dishes is an antipasto platter, or as my lovely German friend calls it, Brotzeit, the literal translation is bread time, although I think it’s the nibbles that you put on the bread that make all the difference. This is a Friday night favourite, washed down with a nice glass of kombucha, (or wine).

The following list of platter food, can all be found at Fresh Choice Nelson.

Add any of your favourite platter food nibbles, invite some friends around (ask them to bring their own favourites) and enjoy the feast!