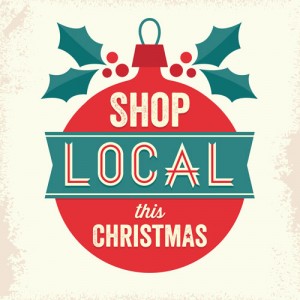 Here at Fresh Choice Nelson, we  ❤️ Christmas… Almost as much as we ❤️ local! We believe that supporting local is the lifeblood of our region.

We’re fortunate to be surrounded by hardworking locals who turn out beautiful food and beverage; so it just makes sense to observe the 200km radius rule and buy local – it reduces our (and your) carbon footprint, supports the local economy and ensures produce is market fresh when you walk in the door.

Here are 5 reasons to buy local this Christmas!

Remember we stock free range and organic meats and hams from our region’s suppliers, as well as organic produce, plus wines, craft beers and soft drinks to get your party started!

Happy festive season from our family to yours – Mark & Veronica 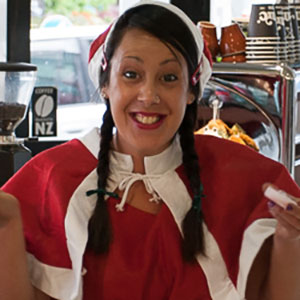 We can hardly believe another Christmas approaches! And at Fresh Choice Nelson it’s time to kick of the festive celebrations… Yes… It’s Christmas party time!

The Grocer is putting together his Christmas play list and our little elves have been busy stocking shelves with local goodies from Nelson and beyond, wrapping Christmas presents, and gathering our merry band of local suppliers who’ll be there on the day with delicious treats for you to try.

Here’s a list of just some of the festive fare you’ll be able to sample at the Fresh Choice Nelson party… Beats cheese and pineapple sticks! 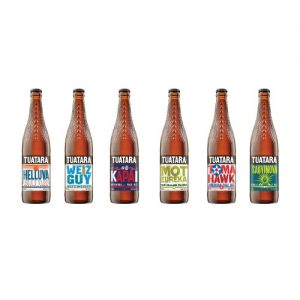 It’s a guest blog from our beer aficionado, Denis Cooper and today he has a post about Tuatara beer, available right here at Fresh Choice Nelson. Take it away Denis…

Tuatara is a dinosaur amongst NZ craft breweries, established way back in 2000, they have accumulated a plethora of awards and a hugely loyal following. This beast of a brewery was judged NZ’s Champion Brewery last month by the Brewers Guild NZ, and was also awarded three best in class awards for their Bohemian Pilsner, Sauvinova Pale Ale and Hefeweizen Wheat Beer.

Tuatara beer lovers… Don’t think you haven’t been drinking when you haven’t… Your go-to beers have now got a different look. While still retaining their same tasty magnificence and spiny necked bottles (ensuring a safe grip on the bottle in these shaky times), the labels have changed.

The Bohemian Pilsner is now labelled as Mot Eureka, referring to the large amount of Motueka hops in the brew. It still remains full of snap, crackle and hops.

Another play on words is Hefeweizen, which is now known as Weiz Guy. He’s still a fantastic wheat beer with refreshing citrus, yeasty and slightly bananary notes.

Aotearoa Pale Ale has changed to kAPAi, highlighting the APA and with luscious forest pine notes, everything is good.

Sauvinova is still Sauvinova but with different colours, on the label not the brew, which still oozes peaches, grape skins and lime.

Helles Lager is now Helluva, as in hell of a good lager, rather than a love of hell!

Tuatara’s American APA, which was also awarded a gold medal, has been rejigged and is now known as Tomahawk after the beer’s foremost ingredient, tomahawk hops, which pack a citrusy orange thump.

So slink down to Fresh Choice Nelson for your go-to liquid lizards… Tuatara Beer! 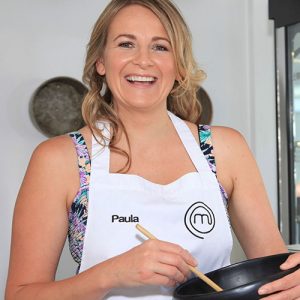 Meal Bags are designed to make your life easier! And at Fresh Choice Nelson we’ve been doing that for some time with our exciting range of Inspire Meal Bags.

This year we’ve teamed up with local chef and MasterChef finalist, Paula Saengthian-Ngam, to bring you a brand new range of exciting meal bags with Paula’s own twist! Find Paula on Facebook HERE.

You can see the full range HERE. They’ll be available to order from Monday 14th November, and you’ll find them in store from Tuesday 15th November.

We’re also lucky to be able to add Paula to our panel of guest bloggers… Here’s her very first article for you… With a bonus recipe! Take it away Paula…

As some of you may know Paula’s Plate closed around 4 months ago, during this time I have been taking a break, reconnecting with my 3 wonderful children and relaxing. I’ve begun to really enjoying cooking again and remembering what joy I get from it.

We all know it’s hard to feel inspired after a long, tiring, stressful work day. I’ve felt like that a lot over the past 3 years. I love cooking and I’m pretty good at it… I got to the final of MasterChef, but I still struggled to decide what to cook for dinner after a busy day. This is why I feel super excited to be working with Fresh Choice, Nelson; bringing you delicious recipes that are quick, tasty and reasonably easy! The best bit is that they are part of the Inspire Meal Bag concept and all your ingredients conveniently come in a handy bag ready for you to order or pick up whilst in store. No more aimless wandering, while you decide what to cook for dinner… And great if you are having friends or family over for a meal, you can even get the kids to cook it for you!

Part of my downtime after Paula’s Plate has been a commitment to exercise and eating healthier. I don’t go for fads and believe in eating real fresh food and limiting sugar. I love the recipes I have created so far and my children have enjoyed them also.

This is a great time of year to commit to healthier eating with so much fresh produce in store. A bonus of living in wonderful Nelson.

This recipe uses lots of fresh local herbs and just makes me feel like summer. Many of you also know my love of Asian Cuisine so I thought I would share this one with you.

Lightly brown the chicken mince on a medium heat. Once cooked through remove from the heat and stir through all the other ingredients. You can adjust the lime, sugar and fish sauce to suit your taste, This gives you the sweet, salty and sour flavours that make Thai dishes sing. Wash the lettuce and trim the edges of each leaf to make a cup. Pile in the spicy chicken, top with nuts and enjoy! I would serve these with steamed brown rice and lots of extra veg like cherry tomatoes, cucumber, red pepper slices and even fresh mango.

Welcome back to our Guest Blogger, Maddy Bellcroft; this week Maddy has an article about her favourite choices from the organic bulk bin buys at Fresh Choice Nelson!  – Find Maddy on Facebook.

You may have noticed a few changes around the bulk bin area at Fresh Choice Nelson recently. More space has been opened up to add over 25 new organic bulk bin items. I have helped to hand pick these fantastic products direct from suppliers such as Ceres and Chantal.

Because some of the products may be new to you we have placed info panels in store with a few tips on how to include them in your cooking.

A few of my favourite items include;

The beauty of bulk bin buying is that you can experiment with as much (or as little) of each ingredient as you like. The products above are only a small selection of the great new organic range, so make sure you check out the full range at Fresh Choice Nelson next time you are in store. 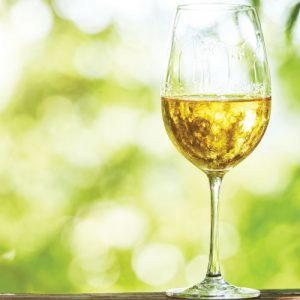 Sauvignon Blanc at Fresh Choice Nelson. What a selection! Here’s our wine expert, Neil Hodgson to tell you all about the excellent range we have in store… Over to you Neil!

Sauvignon Blanc is the single variety that made New Zealand wine famous around the world.

The variety had been grown in France for centuries and other countries for decades before New Zealand winemakers tried their hand with it, and the exuberant flavours delivered when grown in New Zealand conditions created an instant sensation.

While the international buzz started in the late 1970s and early 1980s, Sauvignon Blanc is still the backbone of the New Zealand wine industry making up 74% of all wine produced here and over 85% of all New Zealand wine exported, it is incredibly important to the industry.

Just as importantly it can be a wonderful wine simply bursting with bright, fresh summer flavours that you can buy at really great prices, often below $10 a bottle.

This variety has flavours influenced by where it is grown; consider the soft, ripe versions from Sancerre in France and the vibrant versions from Marlborough, then compare Marlborough Sauvignon Blanc with the wines grown in Nelson; the acidity of that grown in Nelson tends to be a little softer and more approachable while still retaining the same punchy fresh summer characters.

There are plenty of people who love the sharp, crisp acidity of the Marlborough style but I tend to reach for a bottle of Nelson Sauvignon Blanc when I do drink it.

Seifried Estate have a range of very good examples, their Old Coach Road Sauvignon Blanc 2015 has won a bucket load of gold medals and a trophy as well, and you can buy it on promotion at Fresh choice Nelson for just $9.99.

And that is another thing, you don’t need to drink Sauvignon Blanc just when it is young. Aged versions can develop a wonderful complexity, as evidenced in the organic Gravity Sauvignon Blanc 2014 from Mahana for just $16.99, a saving of $4.

Next time you reach for a bottle of Sauvignon Blanc select something a little different with softer acidity by choosing a Nelson wine or maybe even a barrel fermented version.